Power up your Link in Bio. One page to increase engagement and revenue on social media 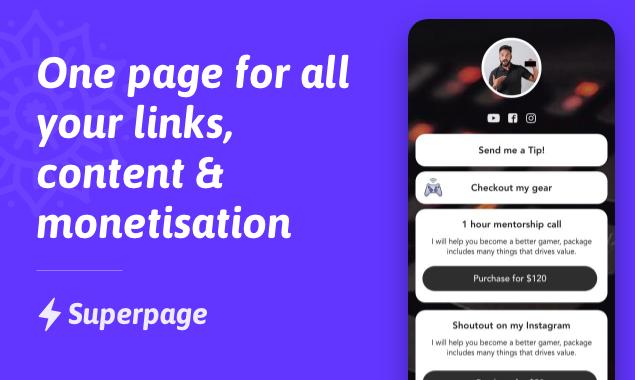 An Entrepreneur with great design skills saw an opportunity during wave 1 of covid that a lot of creators in the world were building audiences, but their ability to monetize and communicating with their audience was tough. He had a version 1 with monetization tools for global creators. He had some early validation of his idea and few paying customers.

He knew he was missing something, but was not sure, why his growth halted or not growing steadily month on month. As his customers were super busy, he had a tough time in getting his customers to fill up surveys and providing any valuable feedback.

He went back to basics, revisit his hypothesis, and conduct a deep analysis of a growing trend of solo creators worldwide. He had to choose which niche he wanted to focus on. Every week, he experimented on the hypothesis and went deep to find out his ICP (Ideal customer profile) and validate

At the end of 4 weeks or 30 days, he had achieved great clarity on the direction he wanted to take Superpage 2.0 to and had identified his target ICP and a new positioning for his product.

A Fintech Company led by 3 Cofounders, had a unique challenge. They were in the midst of a funding round and had a good product for a big problem in India. They had a challenge in indentifying their Markets, Segments and Value Proposition & GTM

Based in London with product teams in India, a Compliance Tracking and reporting company had a healthy MRR and had large enterprise clients across UK and UAE. One of the largest Airline companies in the Middle East was their customer

A Communications bot company with a global customer base and a good revenue model had hit a growth plateau. They had been experimenting quite for the last 6 months with few outcomes.